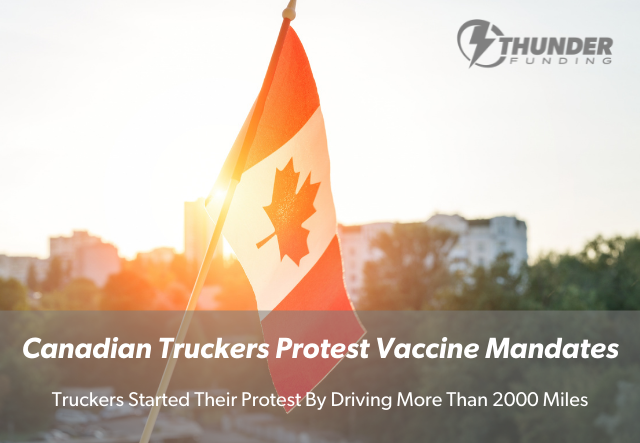 ICYMI: In trucking news - Thousands of truckers in Canada, known as the “Freedom Convoy”, have come together to protest Prime Minister Justin Trudeau’s vaccine mandates. The mandates which were implemented back on January 15, force unvaccinated truckers who cross the Canada/US border to quarantine once returning home. The truckers started their protest by driving more than 2000 miles, from the Province of Alberta to the City of Ottawa where Parliament is located. During the week-long journey the Freedom Convoy picked up a lot of support and hashtags like #FreedomConvoyCanada2022 and #TruckersForFreedom2022 started trending on social media.

According to BBC News, Toronto - “while the truckers in the convoy are frustrated with Covid measures they see as government overreach, Mr Trudeau's new cross-border mandate has raised concerns for other reasons”. Canada, like the rest of the world, is dealing with rising inflation, supply-chain issues, and truck driver shortage. “Truck drivers working the cross-border routes had previously been exempt from mandates, considered essential workers.” The Canadian Trucking Alliance estimates that around 85% to 90% of the 120,000 truck drivers in Canada who cross the border are vaccinated - and it appears that many of the people protesting have no connection to the trucking industry. The BBC added that “While the alliance does not support the convoy and has said the industry must adapt to the mandate, it is said the measure could remove as many as 16,000 drivers from those routes.”

The Thunder Funding Team would like to know your opinion regarding vaccine mandates for Canadian truckers and the existing supply-chain issues affected by these measures. Comment below.

For more information about trucking industry news be sure to check out this blog post: Three Trends Disrupting The Trucking Industry