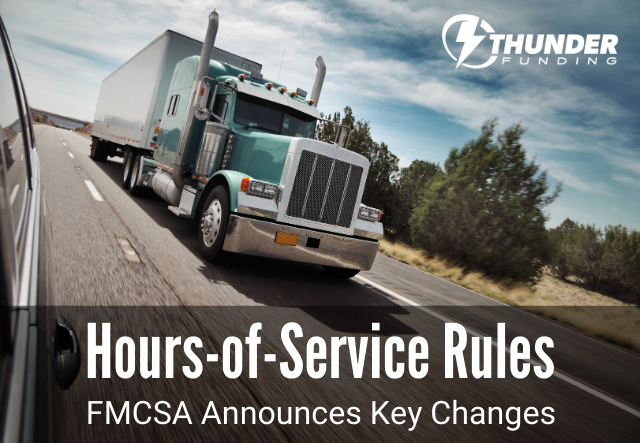 The FMCSA finally issued a massive safety law change around driver hours-of-service (HOS) for our nation’s 1.9 million truckers on May 14. This change features four critical provisions the FMCSA says will not only increase driver flexibility, but also generate nearly $274 million in annualized cost savings for the U.S. economy and its consumers. Transportation officials and the government have noted that these substantial cost savings will be especially important considering COVID-19’s significant impact on the economy.

“America’s truckers are doing a heroic job keeping our supply chains open during this unprecedented time and these rules will provide them greater flexibility to keep America moving,” said U.S. Transportation Secretary Elaine L. Chao. And, as we’ve seen with the coronavirus pandemic, the trucking industry has remained a key component of the US economy, employing more than seven million people and moving 70 percent of the nation’s domestic freight.

Alongside Chao, FMCSA Acting Administrator Jim Mullen says, “These updated hours of service rules are based on the thousands of comments we received from the American people. These reforms will improve safety on America’s roadways and strengthen the nation’s motor carrier industry.”

The complete and final HOS rules are available as a report on the FMCSA website.

It should be noted, however, that these rule changes do not increase driving time and will continue to prevent drivers from driving for more than eight consecutive hours without at least a 30-minute break.

According to the FMCSA, the over-200 page rule is scheduled to come into effect 120 days after it is published in the Federal Register. While some are speculating that road safety advocates are preparing to challenge the FMCSA’s changes in federal court (which could delay the implementation of these HOS changes), the trucking industry remains hopeful and counts this change as a win during these challenging times. As far as trucking regulation changes go, this is something so many in the industry have been looking forward to.